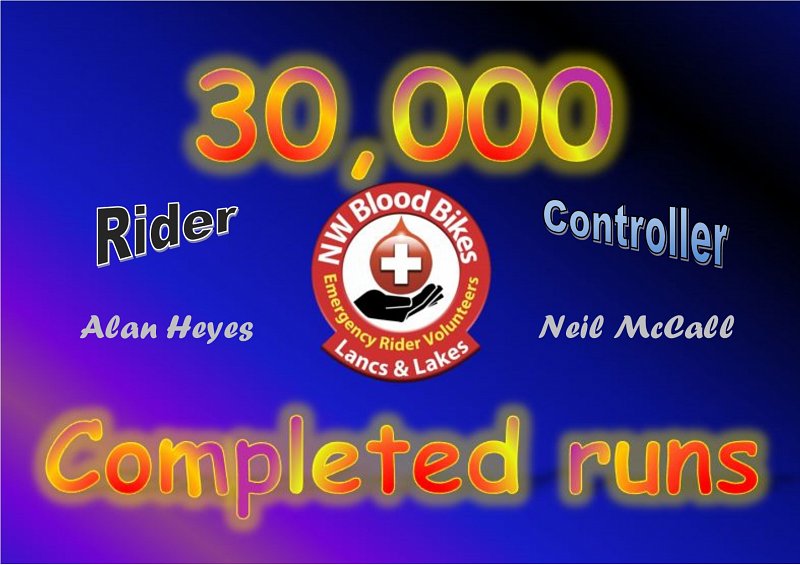 2016 just doesn’t stop being amazing for volunteers of North West Blood Bikes - Lancs & Lakes. Not only have awards been received throughout the year, but we can also boast that we have had a record breaking year. We have already completed over 2500 runs more than we did in 2015 and now to see the year out in style, on 28th December 2016 at 22:24, West rider Alan Heyes delivered the 30,000th run for the charity to Southport Path Lab with Neil McCall as the controller.

Founder and trustee Scott Miller said “In Jan 2012 I had a meeting with Paul regarding him and Graham and Kevin setting up Blood Bikes. When we had our first committee meeting and were talking about how this charity would go, we never for one minute thought that it would grow like it has done. It has taken a lot of hard work and dedication to get it to the stage it’s at now, and I’m personally very proud of what we have achieved.

This is not done by one person but is done by every single volunteer past and present who have given their free time up to help people they will never meet. What can you say about people like that other than fantastic. “