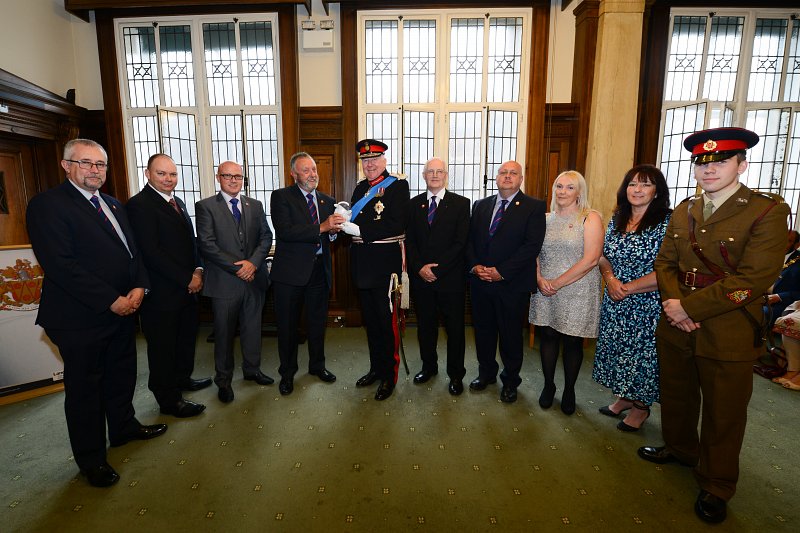 The honour, which is the equivalent of an MBE was awarded by Her Majesty Queen Elizabeth on the 2nd of June 2016 in recognition of the charity freely delivering life saving items for the NHS out of hours.

Run entirely by around 300 volunteers made up of riders, controllers and fundraisers, the charity transports urgent and emergency items including samples and theatre equipment not only between hospitals in their area, but also as part of a larger network of independent Blood Bike charities can transport items throughout the country, mainly at night and during weekends. Because of the life saving work they do, the volunteers are often referred to as Angels on Two wheels.

The riders, many of whom use their own bikes and pay for their own fuel cover approximately 10,000 miles per month. In 2016, the charities controllers have dispatched riders on almost 6,000 runs.

Upon being presented with the award from Lord Shuttleworth, founder and Chairman of North West Blood Bikes, Paul Brooks said “We have only been operating for 4 years and we are the largest and busiest Blood Bike Group in the UK, with over 300 volunteers. This award is the highest award a volunteer group can receive and we are all very proud of the fact that Her Majesty the Queen chose to honour us this way”